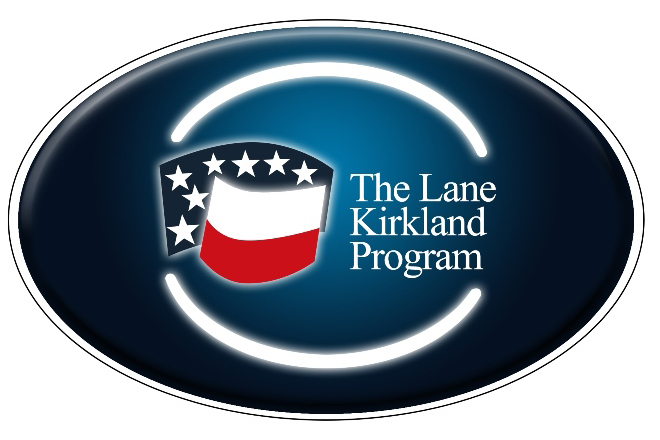 Since the 2000-01 academic year, the Centre takes part in maintaining the Lane Kirkland Scholarship Program – initially as the organizer and first coordinator, and recently as the coordinating institution in Warsaw. The scholarships are for candidates interested in issues of change, especially those concerning the economy, nations and societies during periods of transformation. The scholarships are for applicants from Eastern European, Central Asian and Caucasian countries, as well as from Russia.

The program’s sponsor is the Polish-American Freedom Foundation and its patron, Lane Kirkland, the legendary American union leader and supporter of Solidarność, who aided the movement during its years underground. Kirkland passed away in 1999.

During the first, pilot year, scholarships were granted to students from Ukraine. The Centre organised the programme and hosted 12 scholarship holders in Poland, who had the opportunity to enhance their knowledge at different institutions and universities in Warsaw and completed their studies by submitting diploma theses in the academic year 2000/2001.

Since 2001, the Programme has been expanded to include other countries of the region. Since it is modelled on the Fulbright Programme, it can play a similar role for applicants from countries of our region, enabling them to receive a scholarship of special significance and meaning.

The institution responsible for implementing the Programme throughout Poland is Leaders of Change Foundation in Poland. The Centre for East European Studies continues to be the Programme’s coordinator in Warsaw.

The programme has been developing steadily in the following years, accepting ever growing groups of students. So far, over 500 scholarships have been granted.